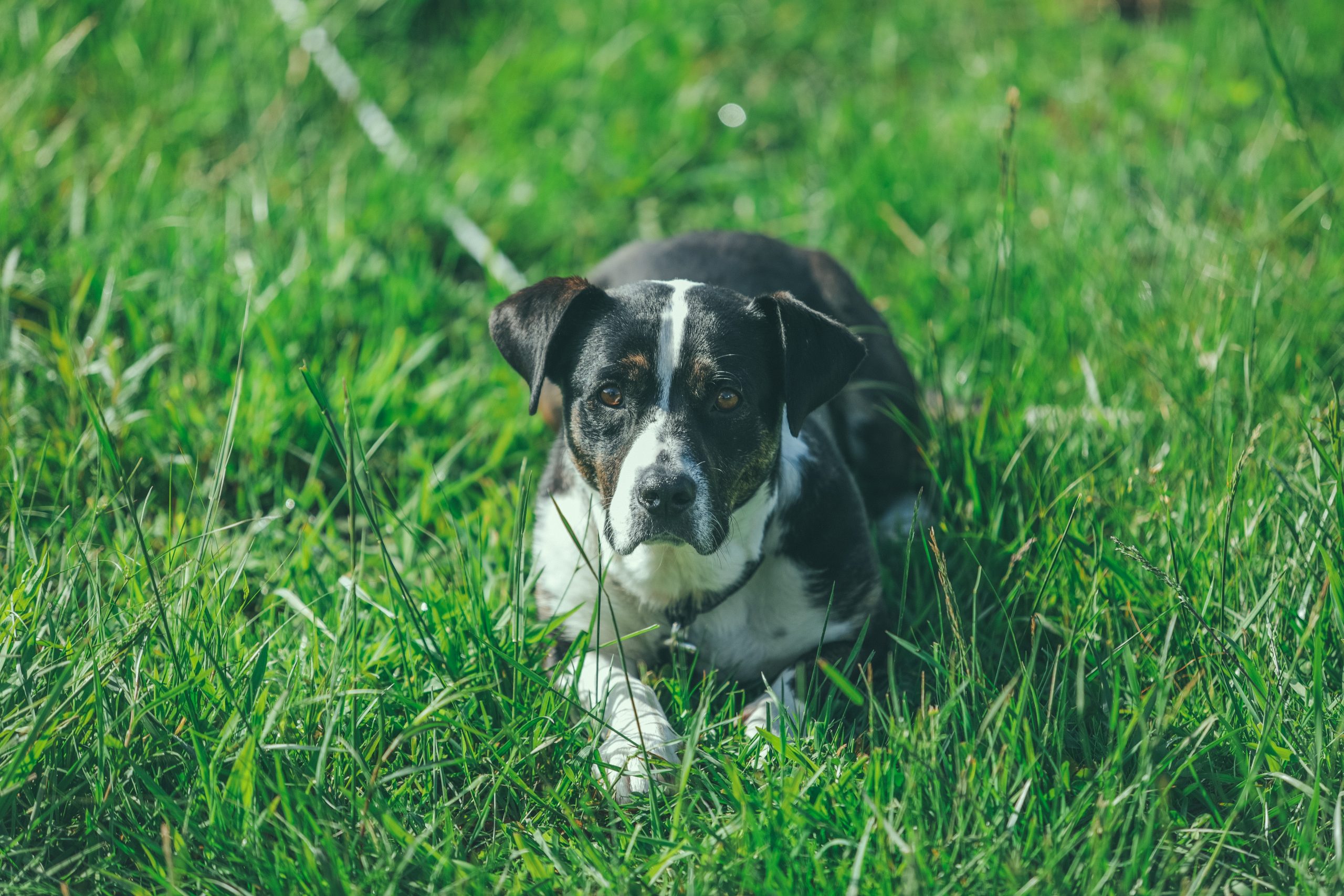 As a foster mom and shelter volunteer, I have come across thousands of dogs. Over the past 10 years I have really gravitated toward the shy dogs.

Typically, I have been given the fosters that are shy and shut down too. Bambi and Nadia were two of my most shy dogs that I ended up fostering failing on years ago. Even when I petsit, I typically surprise owners with how well their shy dogs do with me. Maybe I’m some sort of shy dog whisperer…just kidding. Perhaps it’s because I am also a fairly shy person, so I think my demeanor is more gentle and I empathize.

Keep in mind that I am not a trainer, behaviorist, or veterinarian. This is just based off of personal experiences.

I think it’s safe to say that the last thing a shy dog wants is for a person to be in their bubble constantly especially in the beginning. The first night we had Nadia, we just let her sit in the crate with some blankets and the door open. That way if she wanted to come out she could even though she stayed put.

If you take in a shy dog as a foster or a new pet, you want to be sure you give even more time to decompress. Initially, it might be a good idea to put the shy dog in a quiet, separate room or bathroom. Shy dogs tend to be more sensitive to overstimulation, so if there is a ton of commotion going on, they are likely to stress more. Isolating them initially might give them that time to calm down before taking in all the surroundings.

Eventually, you will want to put them somewhere that they can be left alone, but observe what is going on. For example, if you are doing laundry, reading book, or working on the computer, bring your shy dog in a crate (or on a dog bed if they can handle that) in that room with you. Try not to acknowledge him/her too much as this is just for them to observe and realize they are safe.

Then you can venture to more stimulating places such as the living room and kitchen where they may see other family members, see the routine commotion, and hear various sounds like a blender or TV. You can start incorporating some acknowledgment by offering quick praise or a small treat. This may help the shy dog associate the experience with something positive.

Once you have done this a few times, you could try out letting him/her loose. I would still keep the shy dog sectioned to a particular area. For example, I wouldn’t allow the shy dog to run upstairs or into a room where he/she cannot be seen for now. Even when they are loose, you still want to have minimal acknowledgement. Allow the shy dog to come up to you and sniff you, but do not make a big deal of it.

The whole point of this is to gain his/her trust. So, if he/she is smelling you and you bend down for a hug with excitement, then that may actually do harm to the progress. Just continue to go on about your normal business unless of course the shy dog is getting into something or doing something he/she shouldn’t be doing.

You can start easing in gentle praise (not super excitable or loud) and treats as he/she starts to come to people more frequently.

Get Help from Another Dog

When you think about wolves, you think of a pack. Even though humans domesticated dogs, they still seem to often have that pack mentality. Dogs can pickup on behaviors from other dogs that have confidence. Of course, introducing your shy dog to other dogs needs to be done properly. If your dog is a reactive type of shy dog, other dogs may not help. However, most of the ultra shy dogs I have dealt with do not have issues with other dogs. They are just terrified of humans.

It wasn’t until my dog, Nadia, was around other dogs that she started to gain confidence. I remember she actually started to wag her tail and play. It almost became a game of monkey see, monkey do. She even learned how to bark from one of our other fosters (unfortunately for us-haha).

Most of the shy dogs that I have worked with or fostered have flourished when another dog was with them. Even though Bambi is also a fairly shy dog, she has become Nadia’s best bud. That was a major reason why I decided to adopt Bambi. I saw that the both of them needed each other as they helped each other come out of their shell more.

I have had fosters who were terrified around people, but then I’d let them play with Nadia. They would act like a totally different dog. They would wag, actually act like a dog, and I could tell they were joyful. So in those situations, I typically suggest that dog go to a home with another friendly dog.

It seems that shy dogs also tend to be a flight risk or flip out with leashes. Nadia was pretty bad on a leash as she is very dart-y. She also will freeze up and try to back away which can lead to running loose. Thankfully, she’s not a big runner, but I would not want to risk it.

I HATE retractable leashes. They are so dangerous, but that’s for another post. However, I ended up having to use one for Nadia just for going potty for the first part of her life. She would hide under our living room table, we’d clip her to the leash, open the door, let her run out to potty, and she’d run back under the table. It worked for her because she wanted to avoid being near us. So this gave her the ability to do that without running loose since we didn’t have a fenced in yard at the time. That’s the only time I’d use it in that way. Another thing that might work that isn’t a retractable leash is a very long lead.

We also had the leash attached to a martingale which is a great collar for any dog. If you haven’t heard of martingale collars before, you should check them out. Martingales are better than regular clip on collars as these are less likely to slip off.

I personally use a Mendota leash for my dogs when I take them out or walk them. If you’ve read some of my other posts, then you know I rave about these slip leads. I feel these are the safest option for the shy dogs even over the martingale. I just personally do not like clipping a leash to a collar. If anything, I would rather clip a leash to a harness.

For some shy dogs, a harness may be helpful in regard to walking especially if they do not like the leash being around their neck. You want to make sure the harness is the proper fit so they cannot back out of it.

When we first got Bambi, we were told she chews through leashes on her neck. So we had to put a harness on her. Actually, what we ended up doing was leaving the harness with a leash attached to it while we were home. So she would be running around the house with this on until we left or went to bed. The main reason was that if we tried to get her to go potty, she’d freak out, try to run, and then usually have an accident. This was the easiest way to quickly grab her leash to guide her outside. It actually worked really well until she grew out of that phase. That is another way you could get a shy dog used to a leash.

This is pretty obvious if your shy dog is food motivated. They may not be treat motivated at first as most of my shy dogs were not. However, now I’ve created cookie monsters with Bambi and Nadia. I truly think we gained most of their trust because of food/treats. Just be careful because it can cause them to gain weight like mine did. So, now they are on a diet! A good substitute to dog treats would be things like carrots or green beans.

This is not a challenge for me at all. I am definitely more of the submissive personality myself. I have a more low-key, quiet energy. Shy dogs do not need an alpha personality. An alpha personality will definitely cause the shy dog to shut down more. This isn’t to say that you shouldn’t have authority with the dog and let them do whatever they want. You can have boundaries, but initially they do not need a macho alpha.

These shy dogs need things like baby talk, sitting on the floor, and subtle approaches. So that means, getting more on the shy dog’s level instead of standing over them. Approach them from the side instead of head on. Do not look them in their eyes, but more so off in the other direction. Again, let them come to you in the beginning.

Setting Your Shy Dog Up for Success

Depending on your shy dog, he/she may always be a little shy. Bambi and Nadia both have their own quirks and are still a bit socially awkward. However, they have improved drastically from when we first took them in. So if you implement some of the things I mentioned along with patience, you are likely see see growth too.

This post contains affiliate links. If you make a purchase through that link I receive a small commission at no extra cost to you.

Thank you for your support. 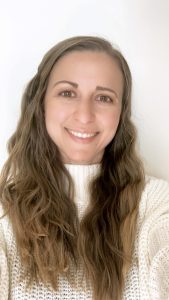